There will be a quiz at the end of the class, says Mr. İpşirli. The first topic is a YouTube Video (https://www.youtube.com/watch?v=aFkSjdaqbyE).

For instance, if you were to draw pictures on a notebook each of which is the next stage of what it succeeds and flip them at the right speed, it will seem as if it is moving. In other words, the brain will complete the images and make it seem so.

For Hegel, dialectics is the way that concepts or ideas develop, in the process shaping the world. A thesis produces an antithesis.

For Marx, there is no synthesis—the conflict, being irreconcilable, produces a further antithesis. Marx suggest that the history of the world is a history of irreconcilable struggles between classes—master and slave in Greek feudal and capitalist societies. Through continual revolution, a better society can be created.

The meaning lays in the relation between the pictures rather than in the images themselves. 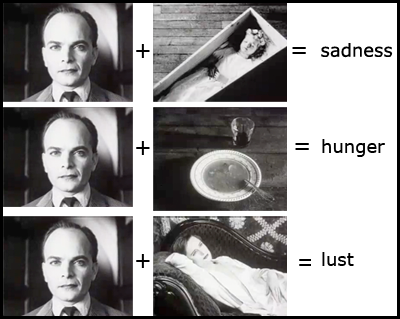 High angles are contrasted with low angles, close-ups with long shots, small objects with large, and so forth; sometimes we focus briefly on the fate of an individual, other times, it is the mass of bodies that concerns us. After a while, it becomes unclear where on the steps we are—near the top, near the bottom, halfway down the stairs… the helplessness and panic of the people on the steps and the power of the army is created by the contrasts in angles and heights of the camera work.

There is missing info. I will insert it after I obtain the book that we are studying. This was pretty much a copy of the slides that we studied.